If you visit Naples and have enough time on your hands, you should take a day trip to the ruins of Pompeii. Located 25 km from Naples, and about 8 km from Mount Vesuvius, ancient Pompeii used to be a major city in the Campania region, and is nowadays a UNESCO World Heritage Site. First discovered in the late 16th century by architect Domenico Fontana, the ruins lie by the modern town of Pompei, also famous for the Pontifical Shrine of the Blessed Virgin of the Rosary, a pilgrimage site. 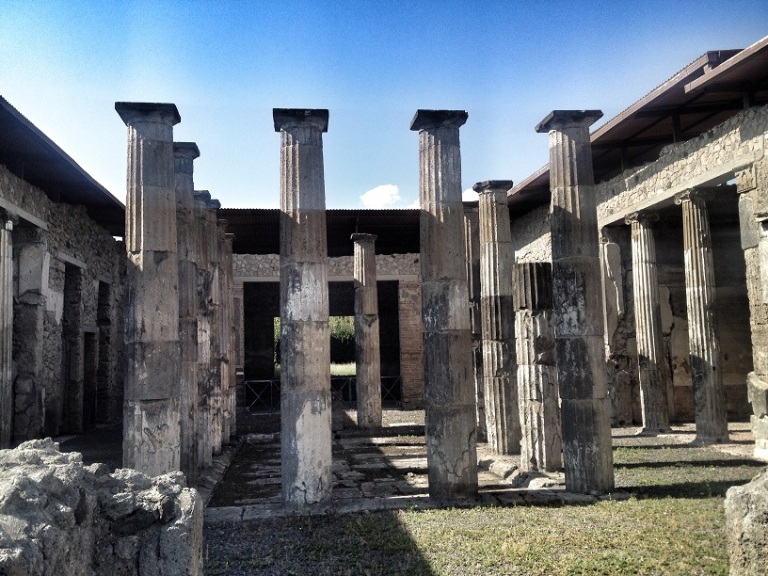 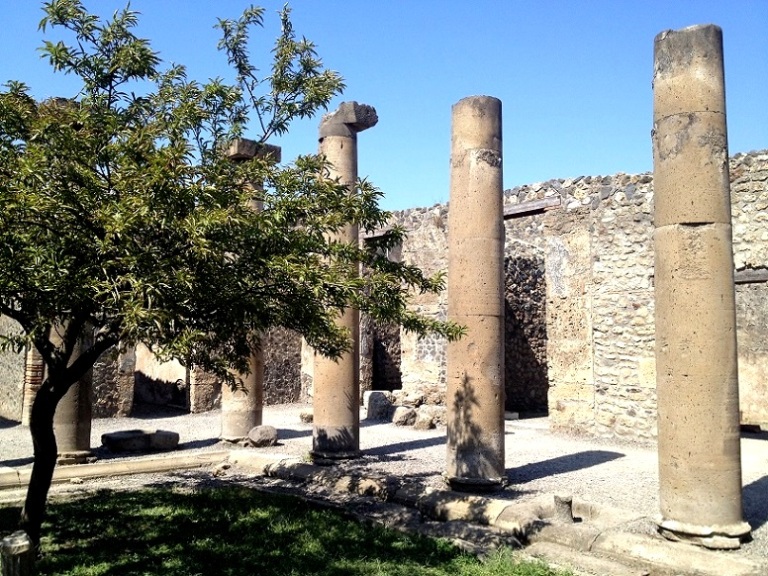 According to researches, Pompeii was founded in either the 7th or 6th century BCE by Oscan-speaking descendants of the Neolithic inhabitants of the Campania region. Pompeii soon came under the influence of the Greeks, then of the Etruscans, the Samnites, when it finally became a Roman colony in 80 BCE after it had joined an unsuccessful rebellion against the Roman Republic. 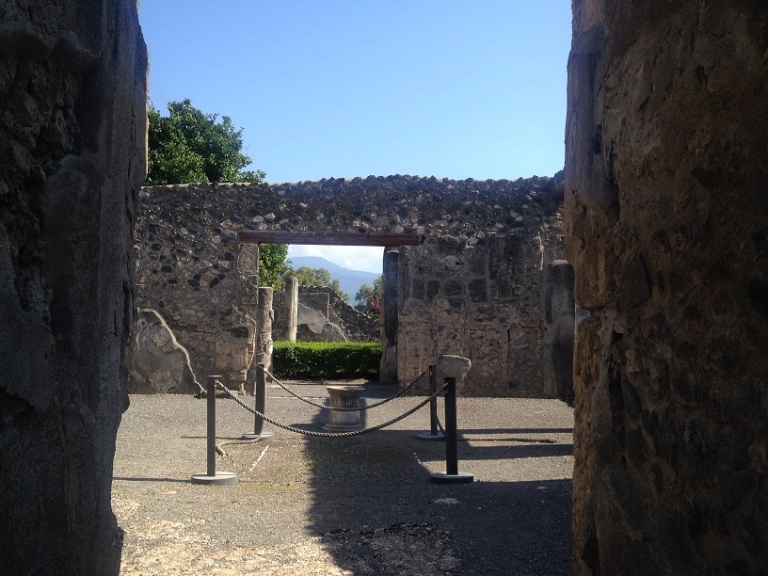 On August 24, 79 CE, Mount Vesuvius violently erupted, destroying Pompeii and the nearby towns of Herculaneum, Stabiae and Torre Annunziata. Fragments of volcanic debris poured down on the city, causing the roofs of many houses to collapse, and by the next day, surges of pyroclastic material and heated gas asphyxiated those who had survived the falling debris. At the time of its destruction, the number of its inhabitants was estimated to be between 11000 and 20000. Buried under a layer of pumice stones and ash 6 to 7 metres deep, Pompeii was lost for at least 1500 years.  Thanks to the lack of air and moisture, the objects that lay beneath the city have been preserved for over a millennium, making Pompeii a unique insight into the Greco-Roman life.

How to get there

By car: From Naples you can take the motorway (A3- Napoli-Salerno) and take the exit “Pompei-Ovest”; the trip takes around half an hour. If you are driving from Salerno, the exit will be “Pompei-Est”.

By train: From Napoli Centrale (Naples Central Railway Station) you can take the Circumvesuviana (Napoli- Sorrento line), which is the slow local train that connects Naples to Pompeii. The ride will take you around 40 minutes, as it makes several stops, but it will take you very close to the ruins. Enjoy the ride and get off at “Pompei Scavi- Villa Misteri”. For other train options, click here

By bus: You can also take a bus directly from Napoli Centrale (Naples Central Railway Station). Check below the companies that connect Naples to Pompeii:

For tickets and opening hours click here (The website is in Italian, but you will be able to change the language on each page at the top right hand side of the screen) 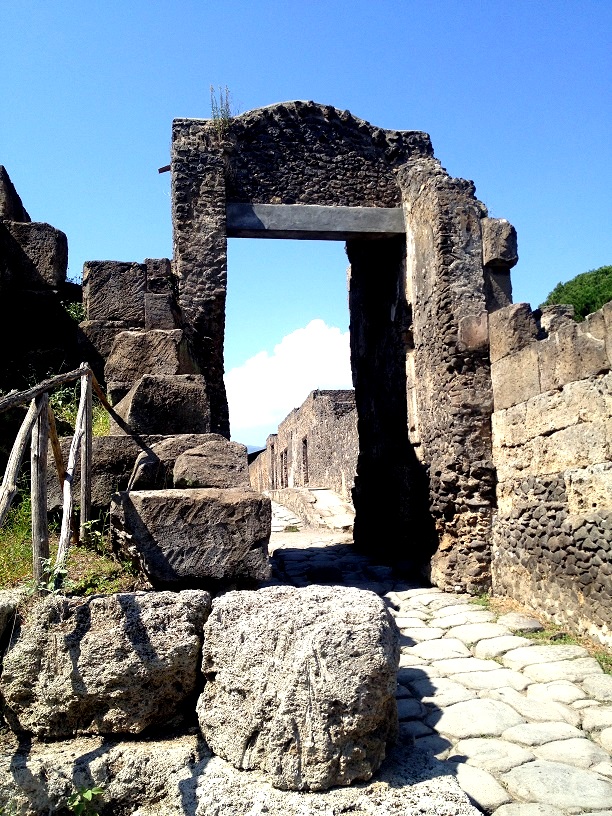 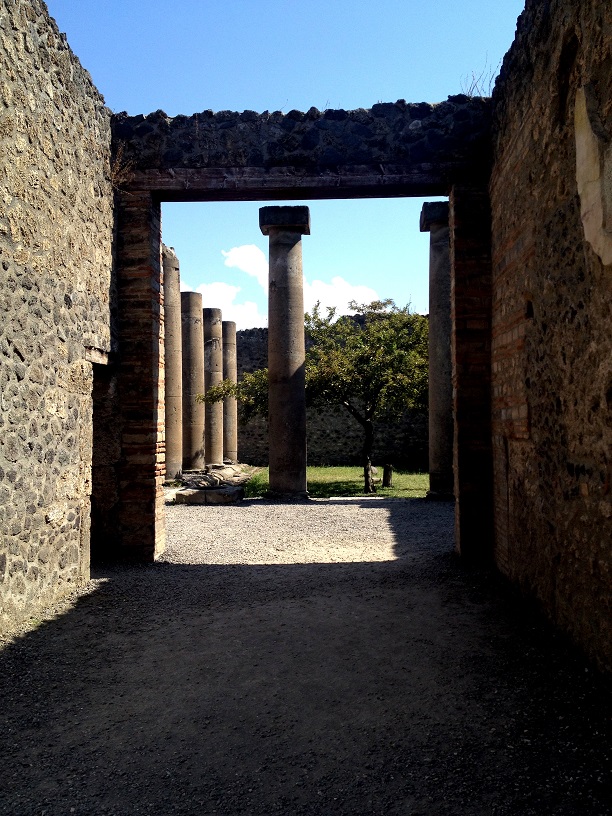 Once in Pompei, you might also want to visit the beautiful Basilica of the Blessed Virgin of the Rosary, which attracts Christians from all over the world. 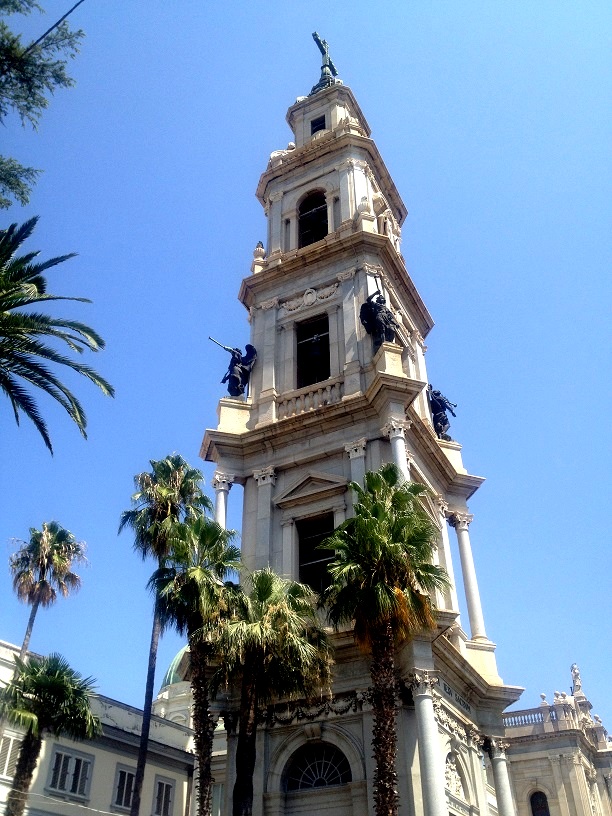 After visiting the ruins, and maybe before visiting the Basilica, you should make a stop at Pasticceria De Vivo. One of the best cafés in Pompei, and just a short walk from the ruins, Pasticceria De Vivo offers a wide range of Neapolitan cakes and pastries, and makes a really good Italian Espresso. Everything there is super yummy, but my favourite pastry is the Vulcano Dolce, something between the Neapolitan Sfogliatella Riccia and the Frolla, with a tasty filling that will make you want to order another one! 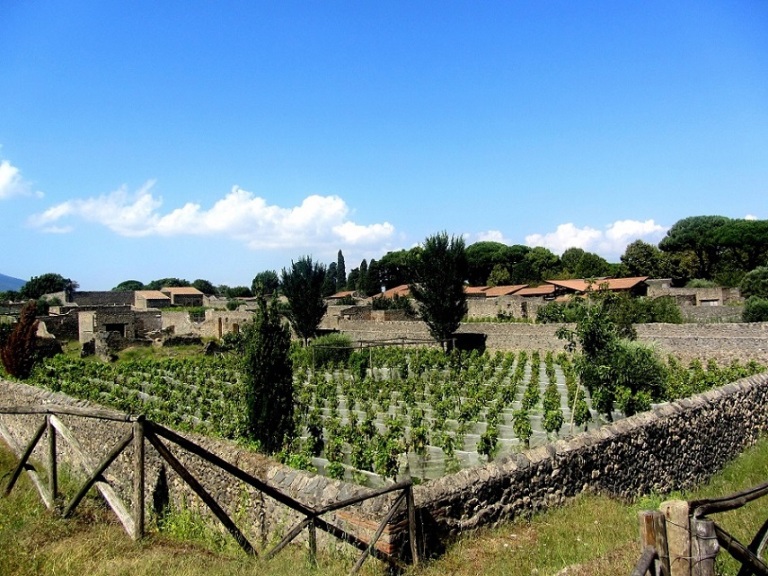 That’s all for now, I wish you a peaceful and relaxing Christmas time, and a wonderful New Year. Have fun exploring!

This is a text widget, which allows you to add text or HTML to your sidebar. You can use them to display text, links, images, HTML, or a combination of these. Edit them in the Widget section of the Customizer.